The EPA has altered a 2016 rule requiring oil companies to fix leaks from oil and gas wells during unscheduled shutdown periods. Under the now-defunct 2016 rule, oil and gas operators were required to identify and repair sources of fugitive emissions during unscheduled or emergency shutdowns. The EPA estimated that the rule would cost the industry $14-16 million in compliance cost over a 14-year period, and industry representatives have indicated that the rule could potentially disrupt natural gas supplies by taking wells offline for longer periods of time while repairs are being conducted. With this change, owners and operators are… Read more The House has voted to delay the implementation of regulations setting limits on toxic air pollution from brick and cement tile kilns and wood fire stoves pending resolution of litigation filed to block implementation of the rules. The bill, which passed by an overwhelming majority on March 7, targets standards limiting emissions of mercury, heavy metals, and acid gases from brick and ceramic tile makers. The emission standards, which were originally issued in 2003, were challenged by industry representatives and were overturned by federal courts prior to being reissued in 2015. A similar bill was introduced in the Senate in November… Read more On January 25, the EPA issued a memorandum reversing the “once-in-always-in” policy under the Clean Air Act (“Act”) which prevented major sources of toxic air pollutants from removing pollution control devices at their facilities once actual emissions fell below major source thresholds.  The new policy will allow these facilities to be reclassified as smaller “area” sources subject to less stringent requirements.  The policy originated in a 1995 memorandum which clarified when major sources (defined as facilities that released at least 10 tons per year of single toxic air pollutant or 25 tons of any combined toxic pollutants each year) can… Read more The U.S. EPA Administrator, Scott Pruitt, has set accelerated cleanup at Superfund sites as an Agency goal for 2018.  The Agency insists that the goal is achievable despite the proposed slashing of the program’s funding by 30% for fiscal year 2018.  In May of 2017, Pruitt directed a task force to study how to reshape the Program using the Agency’s current resources.  The report, which makes over 40 recommendations, recommends emphasizing the potential for Superfund sites to be redeveloped or reused and encouraging responsible parties to work with developers eager to redevelop the land.  Another proposed avenue to expedite cleanup… Read more The U.S. EPA missed its October 1, 2017 deadline to designate which areas of the country exceed the National Ambient Air Quality Standards for Ozone under the updated 2015 standards. Environmental and public health groups sued the EPA for missing its deadline, and the U.S. Court of Appeals for the District of Columbia gave the agency until January 12, 2018 to announce its plans to complete the process. In response, the EPA issued letters on December 22 to all 50 states informing them whether the agency agrees with state recommendations on which areas within their borders violate the 2015 standards. … Read more The TVA has asked the U.S. Court of Appeals for the Sixth Circuit to review an August 4 Order by the U.S. District Court for the Middle District of Tennessee to dig up and remove coal ash from its Gallatin, Tennessee site.  In response to a lawsuit filed by conversation groups in April of 2015, the U.S. District Court agreed that violations of the Clean Water Act mandated “closure by removal” of the coal ash.  According to the TVA, the estimated cost to dig up and move the coal ash from its current location is $2 billion.  TVA officials have… Read more According to a study released on September 25 by New Climate Institute and The Climate Group, efforts by states, cities and corporations to fight global warming have put the United States halfway toward its Paris Climate Accord goal even as President Donald Trump rolls back federal environmental efforts.  The efforts by public and private leaders have put Greenhouse gases on track to fall 12-14% below 2005 levels over the next eight years.  The study, which relied on data from the Carbon Disclosure Project, highlighted efforts by 22 states, 54 cities and 250 US-based businesses.  The study found that, in the… Read more 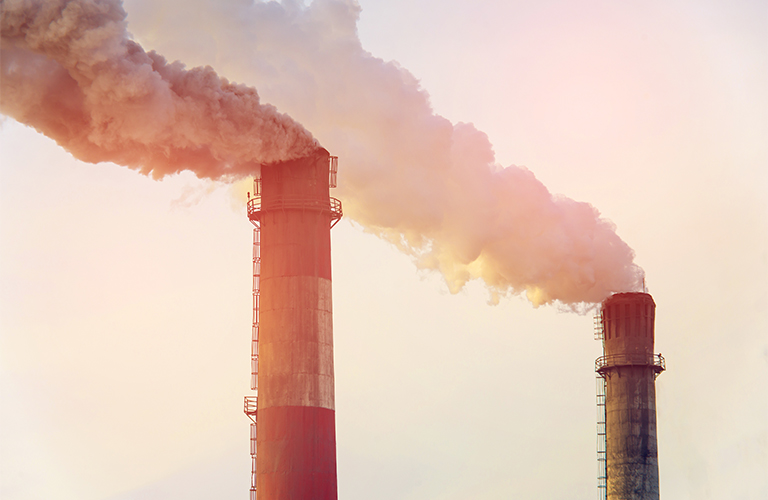 Power plants will not have to meet new limits until 2020 for toxic wastewater that comes from using air pollution control systems and transporting bottom furnace ash.  The U.S. EPA announced that it was postponing by two years compliance dates that would be required for more than 1,000 power plants nationwide as it reconsiders how strictly it should limit those sources of wastewater.  The postponement applies to Obama-era limits on wastewater generated by transporting bottom ash from scrubber units to capture sulfur dioxide emissions from the burning of petroleum coke and coal.  Industry representatives have pushed for the extension of… Read more