The EPA is expected to use its authority under TSCA to make chemical manufacturers provide more information about toxicity, exposure and other data about chemicals manufactured and imported into the U.S. market.  A wide range of industries ranging from airplane and auto manufacturers to the oil, gas and rubber industry, should prepare to turn over more information about chemical releases into the environment, the presence of those chemicals in consumer products, and worker exposure to industrial and commercial substances.  TSCA requires the EPA to determine whether new chemicals’ intended, known, or reasonably foreseeable uses may put people’s help or the… Read more

On January 8, 2021, the California Office of Environmental Health Hazard Assessment (OEHHA) issued a Notice of Proposed Rulemaking with respect to Article 6, Title 27 of the California Code of Regulations, which adopt Proposition 65’s safe harbor warning methods and content. The proposed amendments  apply specifically to the short form warning, and would limit the use of the short form warning to labels with a total surface area available for consumer information of 5 square inches or less and a package shape or size that cannot accommodate the full-length warning. The proposed amendments would also change the safe harbor… Read more 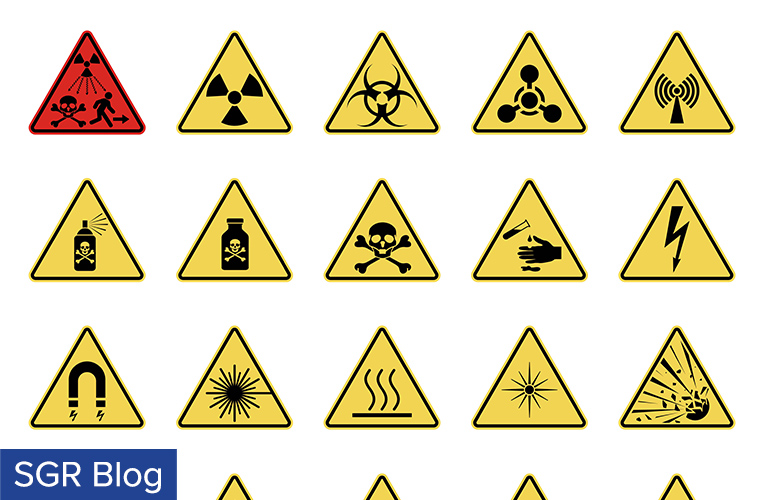 In response to a report of its Inspector General (IG), EPA has announced plans to require wastewater treatment plants to monitor additional chemical pollutants and notify regulators when limits are exceeded. Issued September 29, the final IG report, entitled “More Action is Needed to Protect Water Resources From Unmonitored Hazardous Chemicals”, identified a gap in monitoring and reporting on over 300 chemicals that would be considered hazardous waste under the Resource Conservation and Recovery Act (RCRA), but are exempted from regulation because they are discharged to wastewater treatment plants. However, most publicly owned treatment works (POTWs) do not monitor for… Read more

As of October 1, California has officially begun its “green chemistry” program, intended to require industry to use safer chemicals in some products.  The program implements a 2008 state law, AB 1879.  Regulations governing how California’s Department of Toxic Substances Control (DTSC) will determine the affected chemicals and products and measures that must be taken regarding those chemicals and products became effective October 1. Under the law, manufacturers will be required to study whether replacing “chemicals of concern” with alternatives is feasible.  This “alternatives assessment” process will be required for chemicals identified by DTSC as “chemicals of concern”.  DTSC also… Read more

Earlier this year, the California Department of Toxic Substances Control (DTSC) released its revised proposed Safer Consumer Products (SCP) regulations, and a public comment period has expired as of February 2013.  The law, anticipated to become effective as early as July 2013, is intended for regulators to identify consumer products for sale or distribution in California containing hazardous chemicals and to prompt producers to consider safer alternatives to those chemicals. When effective, the SCP regulations will implement laws passed in 2008 known as the “California Green Chemistry Initiatives”, establishing an expansive, complex and potentially costly new regulatory regime conceivably applicable… Read more