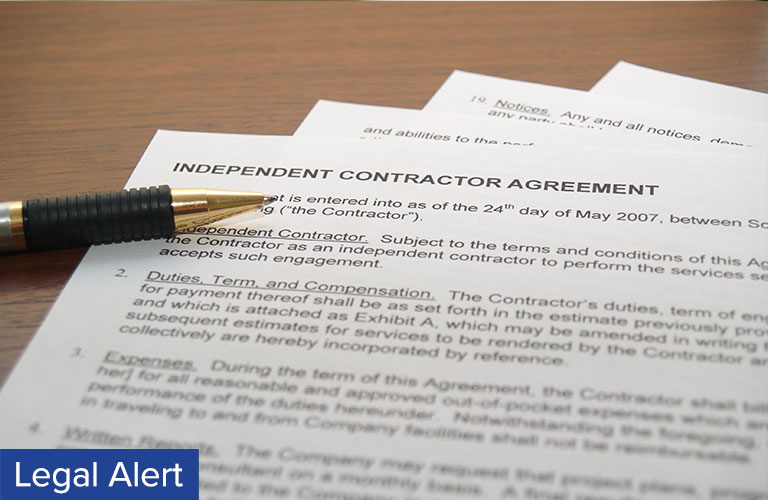 Since then, the California legislature has codified the Dynamex test through Assembly Bill 5, which the Governor is expected to sign, and which will be applicable to work relationships as of January 1, 2020. Unlike Dynamex, which applied only to California’s Wage Orders, AB 5 will apply to virtually all work relationships in California. The Legislature made clear its view that there was widespread abuse of the independent contractor classification, and that this was cheating workers out of benefits – wage & hour protection, various protected leaves, workers’ compensation, unemployment benefits – to which they would be entitled had they been classified as employees.

The intense lobbying leading up to final passage of AB 5 is reflected in the numerous exceptions to its imposition of the ABC test. There are specific exemptions for some dozen itemized occupations; for particular licensed professions (e.g., lawyers, accountants); for persons rendering “professional services”; and for bona fide “business-to-business” contracting relationships. Many of these exceptions must meet certain tests as outlined in AB 5.  (The newspaper industry was able to obtain a 1-year grace period from the application of AB 5, which appears in Assembly Bill 170, which the Governor is expected to sign.)

The second exception relates to the multitude of exemptions set out in the new law. In that regard, any exception that would shield an employer from liability is deemed effective now, and not just to work performed after January 1, 2020.

AB 5 provides that if a court determines that the ABC test does not apply in a certain circumstance, then the work relationship instead will be analyzed under the multi-factor test set out in S. G. Borello & Sons, Inc. v. Department of Industrial Relations (1989) 48 Cal.3d 341, which had been the analytical framework before Dynamex.

If you have any questions about this client alert, please contact your SGR labor and employment counsel.