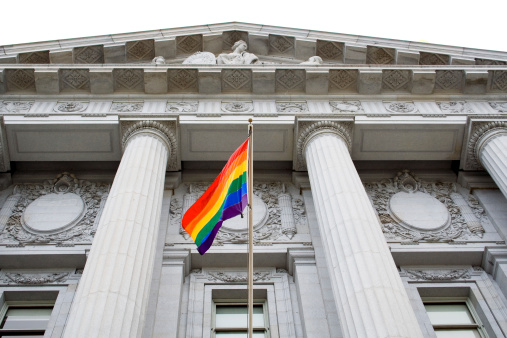 In its July 2015 opinion in Baldwin v. Foxx, EEOC Appeal No. 0120133080, 2015 WL 4397641 (July 16, 2015), the Equal Employment Opportunity Commission (“EEOC”) held that the prohibitions regarding sex discrimination under “Title VII’s prohibition of sex discrimination means that employers may not ‘rel[y] upon sex-based considerations’ or take gender into account when making employment decisions.” This prohibition extends “equally in claims brought by lesbian, gay, and bisexual individuals under Title VII.”  Looking beyond traditional definitions, the EEOC concluded that sexual orientation discrimination is inherently sex-based discrimination.

Notably, all that this decision commands is that federal administrative agencies, like the EEOC, begin to process sexual orientation discrimination claims in the same manner that sex based discrimination claims are processed. It does not instruct courts on how to interpret Title VII, nor could it. However, federal courts routinely seek guidance from the EEOC when interpreting the provisions of Title VII.

On November 4, 2016, the United States District Court for the Western District of Pennsylvania, agreed with Baldwin and denied a motion to dismiss a sexual orientation discrimination claim under Title VII. In EEOC v. Scott Medical Health Center, P.C., 2016 WL 370377, (W.D. Pa., No. 16-225, Nov. 4, 2016), Dale Baxley sued alleging he was subjected to anti-gay epithets, and other vulgar epithets based on sex stereotypes by co-workers who were aware that Baxley was gay.

Although not directly citing Baldwin, the court’s opinion follows closely the language and holding of the EEOC’s decision.  The Court wrote that “discrimination on the basis of sexual orientation is, at its very core, sex stereotyping,” that is “nothing more than the aggressor’s view of what it means to be a man or a woman.” This, the Court wrote, is precisely the evil that Title VII was designed to eradicate. As such, Baxley had alleged sufficient facts to plausibly claim that Scott Medical Center had discriminated against him on the basis of his sex.

Additionally, the EEOC is currently litigating several similar sexual orientation and gender identity cases that may continue to alter the landscape of Title VII discrimination claims. Behind this wave of claims is the Strategic Enforcement Plan adopted by the EEOC in December 2012, which makes “coverage of lesbian, gay, bisexual and transgender individuals under Title VII’s sex discrimination provision a top priority.” Currently pending in Michigan, Louisiana, and North Carolina are three other high profile sex discrimination cases. In addition, the EEOC has pursued several other similar cases resulting in large settlements along the way. A list of the EEOC’s pending and settled cases involving sexual orientation discrimination can be found here.

Importantly, Scott Medical Health Center is the first decision of a federal district court that will carry with it the potential to bind future cases moving forward. Although the decision is limited to cases brought in the Western District of Pennsylvania, it is likely to be appealed. What remains to be seen is whether federal appellate courts will agree with the position of the EEOC and other district courts.

Just last month, the Seventh Circuit Court of Appeals granted en banc review of Hively v. Ivy Tech Community College, South Bend. In that case, Kimberly Hively alleged she was denied full-time employment because she was a lesbian. The trial court dismissed the claim relying on Seventh Circuit case law holding that sexual orientation is not protected under Title VII. The Seventh Circuit affirmed the trial court’s ruling. However, in a surprising move the court granted rehearing and simultaneously vacated its prior decision. Many commentators believe that the Seventh Circuit’s decision to rehear Hively foreshadows a potential shift in that court’s jurisprudence regarding Title VII and sexual orientation discrimination.

What cannot be denied is that right now many courts are struggling to define the extent of Title VII’s prohibition against sex discrimination. When Congress included “sex” as a protected class under Title VII, it was likely not intending to protect sexual orientation. However, as the Supreme Court explained in Oncale v. Sundowner Offshore Services, Inc., 523 U.S. 75 (1998), that alone does not define the scope of protection.