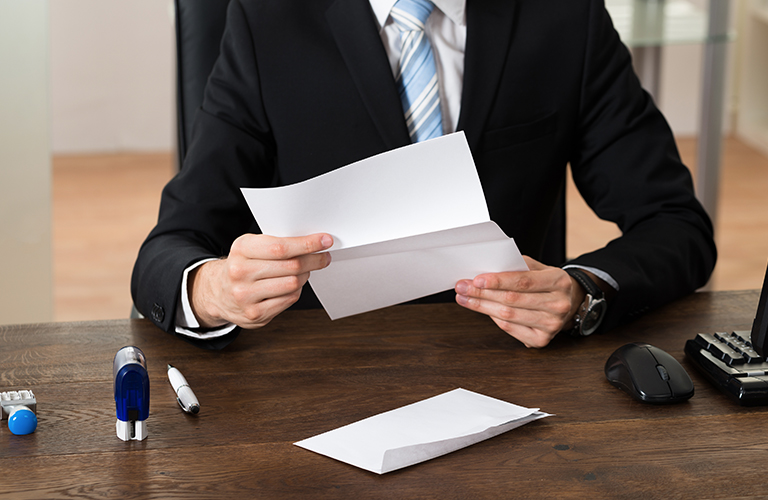 Most contractors have received letters, e-mails, invoices, and other forms of correspondence in the ordinary course of business from owners, architects, and others that contain false, inaccurate, or misleading statements.  Does the contractor need to respond to the letter?

A contractor should always respond to false, inaccurate, and misleading statements in letters and other correspondence within a reasonable period of time, even if the contractor is rushed for time, or wants to avoid a confrontation, or believes that the statements are so ridiculous that they don’t warrant a response.

Ignoring such statements is at the contractor’s peril, even if litigation or arbitration is not contemplated at the time the letter is received, because a court may treat your silence or delay in responding to these statements as proof that the statements in the letter are true.

The Federal rules of evidence and most state rules of evidence, including Georgia’s Rules of Evidence, provide that certain admissions made by a party against his own interests can be used against them at trial, even if they would otherwise be considered inadmissible as hearsay.[i]  In Georgia, an “admission is a statement offered against a party . . . [to] which the party has manifested an adoption or belief in its truth.”[ii]

Section 24-14-23 of the Official Code of Georgia contains a special application of this rule, which states that

In the ordinary course of business, when good faith requires an answer, it is the duty of the party receiving a letter from another to answer within a reasonable time.  Otherwise, the party shall be presumed to admit the propriety of the acts mentioned in the letter of the party’s correspondent and to adopt them.

This statute creates a good faith duty for a businessperson in Georgia to respond to false, inaccurate or misleading statements in a letter received in the ordinary course of business to avoid a presumption of fact that the statements have been admitted by the recipient of the letter.

Technically the failure to timely respond is not an admission against interest because the rule creates a presumption of fact that can be rebutted.[iii]  But the jury is instructed that it should presume that the party failing to timely reply to a letter has admitted the statements in the letter, unless that party provides a credible explanation of why it failed to timely reply to the letter.[iv]

This instruction carries a risk that the jury may give too much weight to the presumption, or that it may find that the explanation of not timely responding to the letter is not good enough given the nature of the allegations in the letter.  For example, a jury might find that a contractor’s explanation that it didn’t have time to reply to a letter setting out the terms of an oral agreement lacked credibility in a case where the terms of an oral agreement are in dispute.

The statute is limited to situations in which “good faith requires an answer.” This suggests that there be a relationship between the sender and the recipient such that the recipient reasonably would be expected to reply.

Courts in Georgia normally find that good faith requires an answer only where the parties have carried on “mutual correspondence” in reference to a particular matter, and where one of the parties has written a letter to the other making statements concerning a subject of which the latter has knowledge and which the latter would naturally deny if untrue.  Mutual correspondence does not require, however, an exchange of several letters between the parties.

At trial, the management company argued that the letters were not a product of “mutual correspondence” and, therefore, it was improper for the court to allow a jury instruction that statements in the letter are to be presumed true because they were not contested within a reasonable time.  Rejecting the real estate management company’s position, the Court explained:

The [July 26, 1991] demand letter [mentioning outstanding invoices] followed two letters to [the contractor] dated February 1 and March 11, 1991, which reported problems and requested service. Even if this did not establish a mutual correspondence about [contractor’s] work, a strict mutual correspondence, in the sense of an exchange of several letters, is not always necessary. The statute refers to the “ordinary course of business,” and the question is whether the evidence shows “such a ‘due course of business’ as to warrant the application of this [Code] section.” It is undisputed that repeated service calls were made and invoices prepared and presented. [Contractor’s] letter was in the ordinary course of business, so it was not error to give this charge.[v]

The application of O.C.G.A. § 24-14-23 is not restricted to letters alleging wrongdoing or demanding payment. Non-adversarial letters can also create the presumption if they contain false, inaccurate, or misleading information.

In such a case, letters can be introduced as evidence of parties’ intention with respect to an ambiguity. The courts in Georgia have explained that “where a letter from one party to a contract to the other party show[s] that the writer placed a different construction on a contract than did the other party, the latter’s silence [shows] acquiescence in such construction.”[vi]

This means that failing to timely reply to a letter in which the other party to a contract sets forth its interpretation of an ambiguous contract requirement will result in a court presuming that the party receiving the letter agreed with the sender’s interpretation, unless the receiving party can provide a reasonable explanation of why it failed to respond to the letter.

Thus, a prudent contractor should always respond in writing if it receives correspondence demanding money that it does not owe, or alleging that its work is defective, or making any other accusation or assertions that the contractor believes to be untrue, inaccurate, or misleading.[vii]

What constitutes a “reasonable time” will depend on the facts and circumstances of each instance.  Waiting several months to send a response is not advisable.  If it cannot respond promptly, the contractor should at least inform the other party that a response is forthcoming.

The response does not necessarily need to deny each and every specific statement in the letter.  Indeed, the presumption may be avoided by a response stating that the recipient generally denies the allegations in the letter.

In conclusion, you should make it a habit to always respond within a reasonable period of time to letters, emails, text messages, invoices, and other types of correspondence that contain false, inaccurate, or misleading statements; otherwise, you face the risk that a court will instruct a jury to presume that you admitted that these statements are true, unless it finds that your explanation for not replying to the letter is credible.

[i] Hearsay is generally defined as an out-of-court statement introduced to prove the truth of matter asserted therein.  Hearsay evidence is normally inadmissible unless an exception to the hearsay rule applies.  An “admission against interest” is one of the many commonly recognized exceptions to the hearsay rule because “persons do not make statements which are damaging to themselves unless satisfied for good reason that they are true.” Paul S. Milich, Courtroom Handbook on Georgia Evidence, at 609 (Reuters 2014 Ed.)

[vii] While it is always good practice to respond to a letter in writing so that you can preserve a written record, a reply need not be in writing to provide the answer required by O.C.G.A. § 24-14-23 and defeat the rebuttable presumption that the contents of a letter are true.  The Court of Appeals of Georgia held that it was error for a trial judge to give a jury charge on O.C.G.A. § 24-14-23 when the recipient of plaintiff’s letters responded to them in phone conversations with plaintiff.  Lyons Mfg. Co., Inc. v. Cedarbaum, 174 Ga. App. 218, 329 S.E.2d 559 (1985).